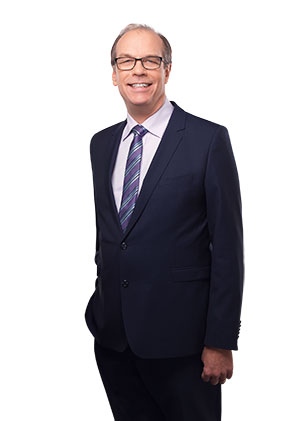 SCROLL DOWN TO PURCHASE TICKETS

In 2021, after 42 years in broadcasting, David retired from what he can only describe as a dream job, Chief Meteorologist at CTV Calgary.  In a career that took him across Western Canada from Vancouver Island to Winnipeg, David settled in Calgary in the 1980s, and for almost 30 years, was the person who forecast the weather, good or bad, right or wrong, on CTV Calgary.

David worked his way up from playing country records (yes, 45 rpm records) on a radio station in Campbell River, B.C., to becoming one of the most prominent broadcast meteorologists in Canada.  Over the years, he has received numerous awards, including the Calgary Herald Readers' Choice Awards, the Best of Calgary Award, and in 2017, was honoured with a Lifetime Achievement Award from the Radio and Television Digital News Association.

In addition, he has donated his time to numerous charities and organizations over the years, including the Prostate Cancer Centre, and Prostaid Calgary.   A prostate cancer survivor, David knows the importance of early detection, and never passes up an opportunity to encourage men to get tested.  He is currently volunteering with AHS, in his role as a Patient and Family Advisor.

The greatest highlight of his career, though, was meeting Susan Martell, with whom he worked on Broadcast Hill.   They married in 1992, and have since raised three terrific children, all now in their mid 20s.  A year ago, David and Susan began their latest adventure - retirement, and have plenty of exciting adventures on their agenda.