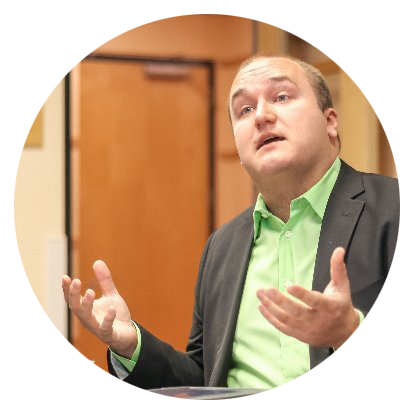 Born and raised in Calgary, Alberta, Vincent has been passionate about the Canadian Club for the majority of his adult life. First joining the board in 2013 until 2017, he served as a board member and Publicity Chair. He is now in the role of Membership Chair (2020).

He is a proud graduate of the University of Calgary with a Bachelor of Arts in History (War and Society). This has led to a passion for history and politics. While attending the university he served on the Board of Governors of the institution and also as a student representative of the Arts Faculty.

A national award-winning blogger (Canada’s #1 Political Blog in 2012 and 2013 at the Canadian Blogging Awards, and Canada’s #2 Political Blog in 2012 at the Canadian Weblog Awards), Vincent has been an active participant in Calgary’s politics for over ten years. He has managed multiple campaigns, such as a successful campaign for the School Board managing Judy Hehr’s candidacy in the 2013 municipal election (where she won with 67% of the vote). After campaign he took a senior role in Hon. Kent Hehr’s team where he was a key person in electing the first Liberal Member of Parliament in Calgary since 1968.

He has worked in constituency offices for MLAs, the leaders office of a provincial political leader, as a staffer on campaigns, a political aide in Ottawa, and served as the Western Desk for the Minister of Sport and Persons with Disabilities.