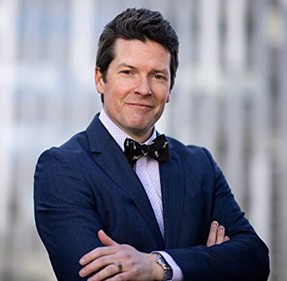 Nicholas R. Bell is the President and CEO of the Glenbow.  Originally from Vancouver, Nicholas joined the Glenbow in 2019 from his position as Senior Vice President for Curatorial Affairs at Mystic Seaport Museum in Mystic, Connecticut. Nicholas launched a formidable exhibitions program during his three years at the preeminent American maritime museum.

He previously served as The Fleur and Charles Bresler Curator-in-Charge of the Smithsonian American Art Museum’s Renwick Gallery in Washington, DC, where he led the Renwick’s relaunch, increasing attendance from 150,000 annually to one million. Nicholas is also an author and editor of ten books on art, museums, and contemporary culture and offers a proven background in spearheading change and successfully implementing strategic initiatives.