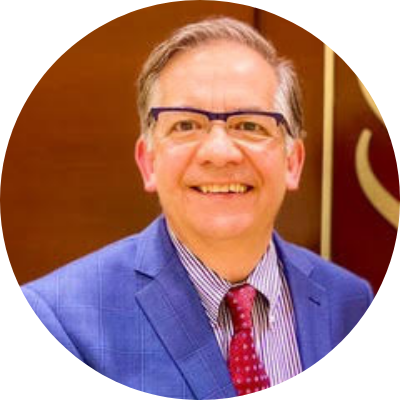 Gerard was born in Vietnam, with family roots in Normandy and Provence, France. He graduated from IHEDREA, a private agricultural law university in Paris before coming to Canada. He married Celia, a native of Calgary before settling with the family in Alberta in 1996.

Gerard enjoyed a 27-year career in RBC starting in Montreal, and eventually joining RBC Wealth Management in Calgary providing personal financial and portfolio advice.  He retired in 2020 and created IC Services Ltd., a consulting company as president and partner.

Gerard has an active interest in public service, political science and serving the community.  He served as Honorary Consul for France and is Secretary to the Calgary Consular Corps.

He has served on the boards of Lycée international and the Alliance Française of Calgary. He was also a member of the Senate at the University of Calgary.

Gerard and the family head out to the Rocky Mountains for fun cross-country skiing in the winter and relaxing in the summer at a retreat in a remote cabin in the Kootenay mountains.