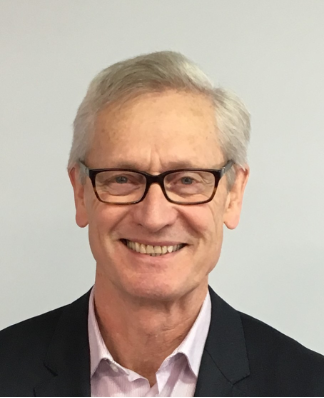 The presentation will focus on why Canada, while one of the world’s largest energy producers and leading the world in climate related policy, regulation, and implementation of emission reduction technologies, is largely ignored on the international stage.  It will examine the roots of the problem and suggest ways that we as Canadians can contribute to world action on the critically important energy transition to lower emission fossil fuel production.

Al Duerr has a history of investment and leadership in environmental technologies over the past 35 years. He is currently Founder and CEO of General Magnetic International Inc., a clean tech company developing and manufacturing methane emission reduction technologies and partner in Carbon Connect International Inc., a company delivering education, program implementation, and baseline evaluation in the methane emissions reduction sector. Prior to General Magnetic, Mr. Duerr was CEO of the International Projects Group for a Swiss based finance company, establishing their China operations.

Mr. Duerr served as the Mayor of Calgary for 12 years from 1989 to 2001, obtaining the highest public support in successive elections of any Mayor in Calgary’s history. Prior to serving as Mayor, he served two terms on City Council and co-founded and was President of a water and wastewater treatment company in Malaysia. 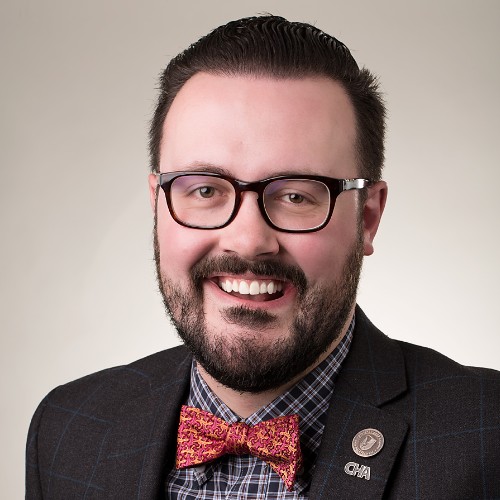 "The Development of Stampede Park 1912 - Present"

As a professional who continually gives back to Calgary, Josh is currently the CEO of Heritage Calgary.

Josh is an accomplished executive director with experience on both sides of the boardroom. A sought-after leader, communicator and advisor he has worked for both the municipal and provincial governments and has a unique understanding of the issues facing Calgary and our province.

He sits on the boards of the Alberta Motor Association as a Calgary Regional Advisory Board Member and on the AMA Insurance Company Board of Directors.

Josh is an active community volunteer, he is the Past Chair of the Calgary Stampede's Agriculture & Western Events Media Committee and also serves as the Chair of the Board of the Calgary Military Family Resource Centre (MFRC) and on the board of the Women In Need Society (WINS). He is a past board member of the Alberta Historical Resources Foundation and Vertigo Theatre.

He has also volunteered for the Monarchist League of Canada, SAIT, Big Brothers & Big Sisters of Calgary, United Way of Calgary and the Calgary Public Library Foundation.

He has a diploma in Administrative Information Management from SAIT and a certificate in Public Relations from Mount Royal University. He also completed the NFP Governance Essentials Certificate through the Institute of Corporate Directors.

In September of 2016, Josh was recognized as a SAIT Outstanding Young Alumnus. In 2012, he was awarded the Queens Diamond Jubilee Medal for his contributions to Canada and his community. He is a third generation Calgarian. 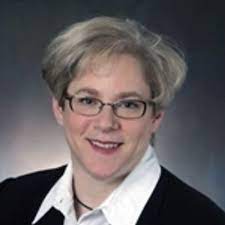 Robbie Babins-Wagner, PhD, RCSW, is the CEO of Calgary Counselling Centre and an Adjunct Professor & Sessional Instructor, Faculty of Social Work, University of Calgary. She has over 3 decades experience as a nonprofit leader, therapist, and trainer. Her interests focus on Mental Health Outcomes, Social Finance and Social Innovation.

Robbie has received several awards including the Lieutenant Governor of Alberta, True Leadership Award for Mental Health and Addictions (2015); University of Calgary Alumni Achievement Award (2015); Grant MacEwan Lifetime Achievement Award (2017); and the 2018 Sessional Instructor Teaching Award from the University of Calgary.  She is the author/co-author of more than 20 scientific articles and book chapters. 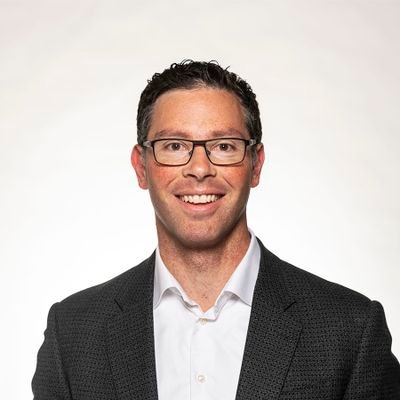 Minister Schweitzer was elected to the Legislative Assembly of Alberta on April 16, 2019, as the MLA for Calgary-Elbow. He was appointed as Minister of Jobs, Economy and Innovation on August 25, 2020. Previously, Mr. Schweitzer served as Minister of Justice and Solicitor General.

A dedicated husband, father of two young girls and a long-serving community volunteer, Schweitzer has a strong record of public service, including previously raising funds for military families and serving as Vice Chair of the Calgary Drug Treatment Court. He is passionate about restoring Alberta’s promise – an Alberta in which, no matter where you came from, if you worked hard, you could succeed.

Schweitzer was a partner at a leading Alberta law firm as a restructuring and bankruptcy lawyer. This experience gave him a first-hand view of the staggering impacts of failed policies that have led to job losses, economic stagnation and a loss of hope.

THIS WAS A LIVE EVENT.  NO RECORDING IS AVAILABLE. 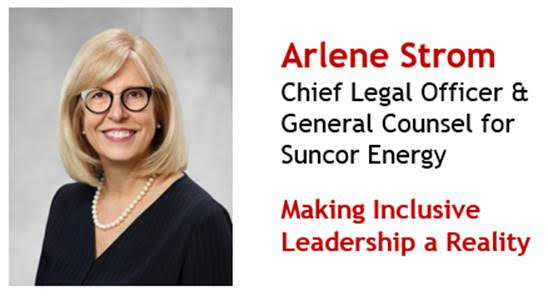 Arlene Strom, Chief Legal Officer, General Counsel and Corporate Secretary of Suncor Energy, is responsible for all legal matters across the corporation.  Arlene is also the Chair of the Suncor Energy Foundation as well as Chair of Suncor’s Inclusion & Diversity Council.

Since joining Suncor in September 2003, Arlene has held a number of leadership positions within the company. Arlene most recently served as the Vice President of Sustainability & Communications.  In that role, Arlene was responsible for stakeholder and aboriginal relations, community investment, communications and sustainability, including the management of the Suncor Energy Foundation.  Prior to joining Suncor she practiced corporate and securities law in Calgary.

Arlene is the Chair of the Suncor Energy Foundation as well as Chair of Suncor’s Inclusion and Diversity Council where she is a champion for Indigenous Rights and Reconciliation.  She is also the Chair of the Alberta Lieutenant Governor’s Arts Awards Foundation and a member of the University of Calgary Management Advisory Council for the Haskayne School of Business.

Arlene's talk will focus on the difference between diversity and inclusion, the importance of both and what it will take to build a more inclusive society. 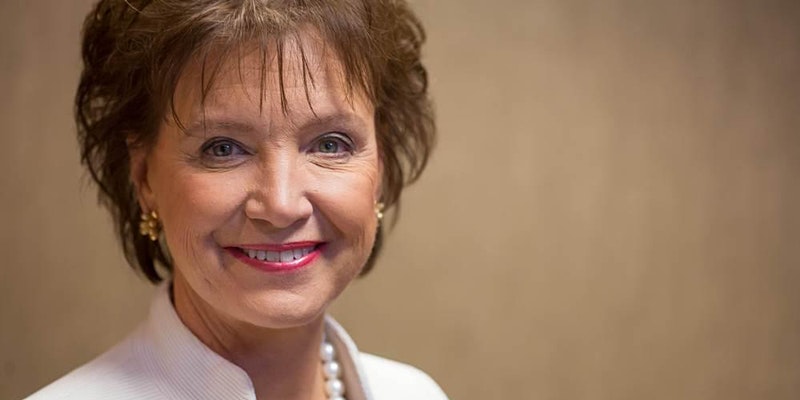 Diane Francis is an American-Canadian award-winning journalist, corporate director, investor, speaker, author, and entrepreneur. She is the Editor-at-Large at the National Post which is syndicated twice a week across Canada in PostMedia newspapers, an advisor and columnist with Kyiv Post, Faculty with Singularity University in Mountain View California, Member of Executive Committee at the Canada-U.S. Law Institute, Senior Non-Resident Fellow at the Atlantic Council Eurasia Section in Washington DC. and an Advisor with the Hudson Institute’s Kleptocracy Initiative.

She has covered major news event around the world, speaks at conferences about future technology and geopolitics, attended the Davos World Economic Forum for more than 20 years, interviewed major business and political leaders and written ten books on white collar crime, politics, immigration and economics. She was also a Shorenstein Fellow at Harvard University in 2004.

Diane has also served on two corporate boards of mining companies, both listed on the New York Stock Exchange and received four honorary doctorates, including in 2019 the prestigious Tryzub Award as a Friend of Ukraine. She has 240,000 Twitter followers around the world, and writes popular twice-a-week newsletter called Diane Francis on America about money, power, tech, and crime. 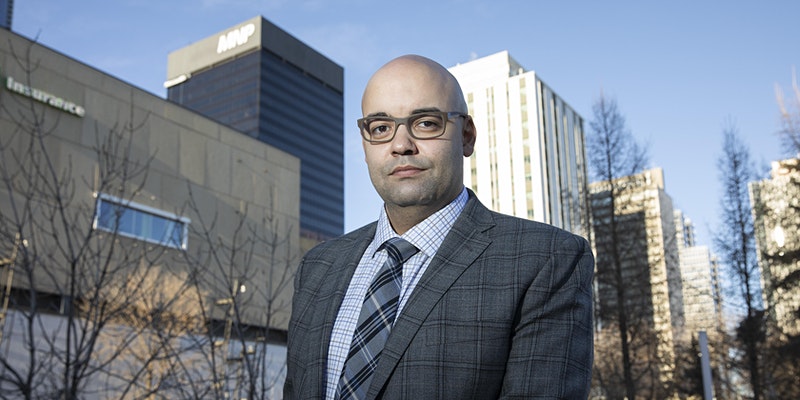 "Equalization in Alberta: Myths & Risks on the Ballot"

Dr. Jared Wesley is a practicing political scientist and former public servant whose career path to the University of Alberta Department of Political Science has included senior management positions in the Alberta Public Service (APS). At present, he is an associate professor of political science and associate chair of graduate studies.

His Common Ground initiative is investigating the evolution of Alberta political culture through a series of focus groups across the province. His parallel Viewpoint Alberta project is studying the contours of public opinion in Western Canada, including attitudes toward separation and equalization. As the founding director of the University of Alberta's Master of Arts in Policy Studies program, he teaches the politics of bureaucracy and the bureaucracy of politics.

In addition to dozens of journal articles and book chapters on Canadian politics, Jared is co-author of two leading books: The Public Servant’s Guide to Government in Canada (University of Toronto Press, 2018) and Inside Canadian Politics (Oxford University Press, 2016, 2020). His first book, Code Politics: Campaigns and Cultures on the Canadian Prairies (UBC Press, 2021), was nominated for national awards and listed on the Hill Times top books in politics list.

While in Alberta’s Executive Council, he gained valuable nonpartisan experience in the development of public policy and intergovernmental strategy. This included five years as a director of intergovernmental relations, when he served under four premiers. His files included federal-provincial relations, fiscal federalism, health, and justice. Jared moved to cabinet coordination under a fifth premier, supporting Alberta's first transition to a new party government in over forty years. Later, he served as Director of Learning and Development in the Alberta Public Service Commission, establishing policies and curriculum to train public servants at all levels of the APS. 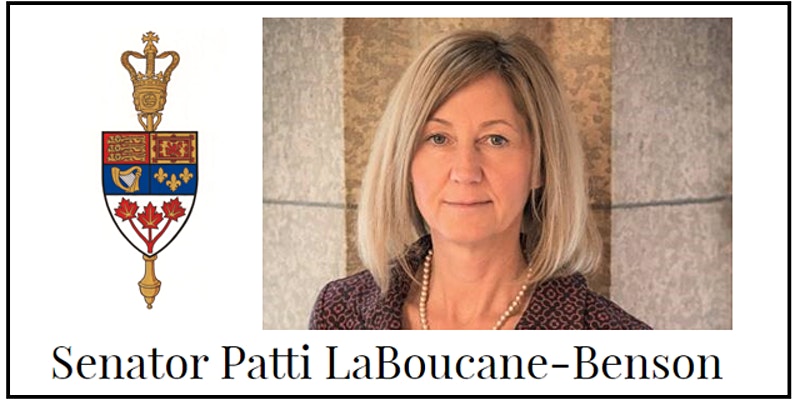 Alberta Senator Dr. Patti LaBoucane-Benson is a Métis from Treaty 6 territory in Alberta. Her 30-year career has been dedicated to serving her community in Alberta, across Canada and around the world—as the director of a Boys and Girls Club in St. Paul in 1990, through 23 years of service at Native Counselling Services of Alberta (NCSA), and Conference Director and Lead Facilitator of the Nelson Mandela Dialogues in Canada, an international gathering of freedom fighters that took place on Enoch Cree Nation in 2017.

Patti’s research for her PhD in Human Ecology (University of Alberta) focused on how Indigenous families and communities experience their own resilience in response to multiple forms of trauma. Her lifelong work has become an extended conversation about healing from historic trauma.

Patti’s perspectives on this conversation are rooted in her transformative experiences of the Cree ceremony. The Elders’ teachings of kindness, respect, humility, and honesty have informed her life as well as her research into best practices for Indigenous offender healing, domestic violence, and historic trauma-informed service delivery. Her most recent research bridges neuroscience and Indigenous knowledge of child development, as well as finding common ground between Western and Indigenous water science.

As a recognized catalyst for change, Dr. LaBoucane-Benson was appointed to Alberta Ministerial Panel for Child Intervention (2017-18) that resulted in Bill 18: Child Protection and Accountability Act. The primary focus of the panel was reducing the overrepresentation of Indigenous children in care in Alberta.

Patti brought her PhD research to life through a work of creative non-fiction, an award-winning graphic novel—The Outside Circle (House of Anansi, 2015)—that tells the story of an inner-city Aboriginal family who transcend poverty, gang affiliation, and hopelessness. Her teaching materials are used in classrooms across Canada and in training sessions for professionals.

Dr. LaBoucane-Benson continues to share her knowledge of healing from historic trauma with educators, healthcare professionals, lawyers and policy makers, as well as Indigenous communities. She believes that healing and reconciliation dialogue is the way forward in Canada, with focus on surfacing the common ground between Western and Indigenous people. The best, most useful policy and legislation will reflect this shared space that unites us as a society.

Appointed to the Senate in October 2018, Senator Patti LaBoucane-Benson lives fully in the space that helps define Canada. She is an avid gardener and her husband Allen is a traditional Nehiyaw (Cree) hunter; they believe that food security includes the respectful harvest of food from the land. They live near Stony Plain, Alberta, with their son Gabriel, on an acreage that has hosted ceremony, workshops, and dozens of transformational conversations with Elders, elected officials, and leaders from around the world.